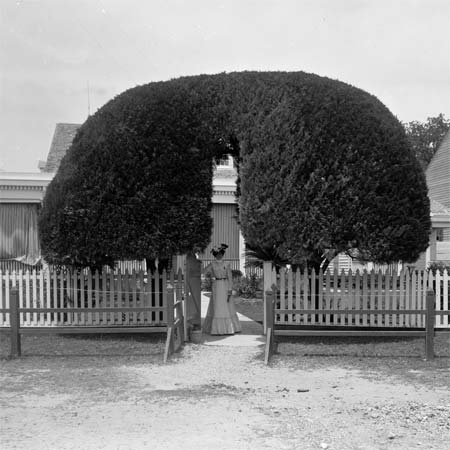 People have diverse motives for pruning trees and shrubs. As one of the oldest horticultural practices, pruning has influenced the appearance of both rural and urban landscapes. Common goals of pruning include: reduced plant size, improved aesthetics and form, as well as increased flower, fruit and timber production. The practice of coppicing trees originated as a woodland management technique, motivated by a need for firewood, brushwood and winter fodder. Orchard pruning is carried out to increase fruit production as well as to facilitate harvesting. In contrast, pruning treatments such as pollarding, pleaching, and topiary arose within garden settings as a result of spatial and aesthetic objectives. These formal treatments extended architectural elements into the landscape and were influential in the design of new urban spaces during the 19th century. Like most things, pruning is part nature and part culture.